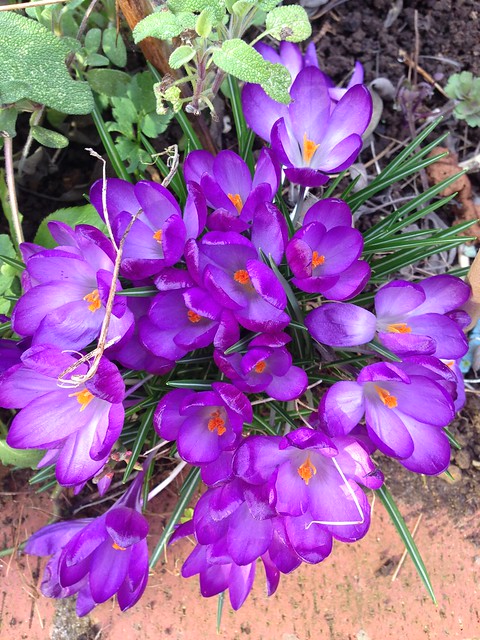 It has been an exciting week around here. I will tell you about the launch team in a second -  but first, the best part was Diana being commissioned today in her new role in the church. There were 3 bishops and an archbishop in attendance, and the archbishop joked that he may as well make her a bishop for children - she was relieved when he resisted the temptation! So she is officially in her post, and already hard at work. Last week saw a trip to the South Island as well. Now, finding a car and an apartment are top of the list. And her boxes are on the move, and hopefully heading south. When last she tracked them, they were in Hamburg. This is a little alarming, as Hamburg is north. Oh well. They are obviously on the scenic route.......

So, apart from a total meltdown this morning re an incomprehensible phone bill, which necessitated a conversation with the sub continent which did not go swimmingly, and a renewed disabled badge issued for 9 months instead of 3 years, which means more and ever more debilitating forms, and dwelling on the tough parts of being me, not to mention paying the same for 9 months as I would for 3 years - life is bumbling on.

That is a ridiculously long sentence.

A few weeks ago, I saw a post on Facebook, or was it her blog, by Jen Hatmaker, asking for anyone interested in being in a launch team for her new book, to apply. So I did. I have so enjoyed her books, 7 and Interrupted, and I thought, oh well, who knows. Maybe?

5000 applied, and 500 were chosen. Including me. I think I am the oldest on the team, but that is absolutely fine.  Grannies rule, after all. I have just made 499 instant friends. Jen decided not to have celebrity endorsements this time, but instead to use members of her "tribe" - us, the ordinary people. I was going to say women, only there are 3 men with us as well!

So, the private Facebook feed exploded with 500 excited people and the digital version of the book was downloaded and we all read and discussed and chatted, and spilled our stories, and came alongside, and ordered mugs, and talked of launch parties and .....

The hard copies of the book are arriving at addresses all over the place - I have no idea when I may get mine. It will come. And I will read it again. There is SO MUCH in it to share, but not yet. We have to wait until later in the year. Launch date is August.

I have never been involved in anything like this before. Let me tell you, it is great fun. The group will remain after launch as well.

Life throws some fascinating twists into our paths at times. The scenic route, to repeat the analogy above.

So, what with quilt assembly, eye appointments for Mum and assorted appointments for me, aquazumba - the water was PERISHINGLY cold on Monday - {{shudder}} - and falling asleep whenever I sit down anywhere, the days pass quickly. I even used my birthday garden centre vouchers from last year and bought tiny plug plants for the troughs and baskets, which are adorning the windowsills. They have been planted on once, so far.

I have decided not to invest my entire life in the garden this year, but to do a minimum, so that I can actually have a life, and leave it for weeks without being riddled with guilt about all the watering and will it die, and I need to stake the plants etc etc. I want to go places, and do things. I want to get away from the village for a while. I am even looking, very seriously, at visiting the US this autumn. Starting on the American adventure, seeing both country and meeting up with friends as well.

It is about time.

Right. The sewing machine calls. I will be back.
Posted by Linds at 1:27 pm

How exciting for both Diana and you! Congratulations to both!

The US is anxiously awaiting you! Me included!

And Diana is such a star. Congratulations to her and to you for mothering such wonderful children.

That about says everything. I hope that Diana gets her boxes soon. Is she staying with friends? No need for all those boxes without an apartment and vice versa. God will sort out the details.

And how ridiculous or is it just a money-making ploy to have to make out paperwork every 9 months! That would definitely fry my franny and I'd be yelping to the powers that be. That's truly shameful on somebody's part.

A summer of not being tied to the garden sounds lovely. Adventures galore! A trip to Switzerland in summer would be nice, too.

That about says everything. I hope that Diana gets her boxes soon. Is she staying with friends? No need for all those boxes without an apartment and vice versa. God will sort out the details.

And how ridiculous or is it just a money-making ploy to have to make out paperwork every 9 months! That would definitely fry my franny and I'd be yelping to the powers that be. That's truly shameful on somebody's part.

A summer of not being tied to the garden sounds lovely. Adventures galore! A trip to Switzerland in summer would be nice, too.

Just meeting you for the first time through Britt's blog. The gardens where you and Britt went are lovely and I agree with Britt that England is a real inspiration for gardners. I follow Susan Branch, and she wrote a wonderful book, A Fine Romance, after her trip to England. A diary of sort.

The USA is a huge country and so much to see. Who know's maybe you will travel through Kansas, and we will get to meet. I am a quilter, and have reached the status of Great Grandmother.

I will keep in touch.

Wow! Much excitement for you and Diana, but especially mostly the thought of maybe meeting you if you visit the US! I'm sure you have so many people you'd love to meet! IF you make it to the Chicago area, be sure to let me know!!!