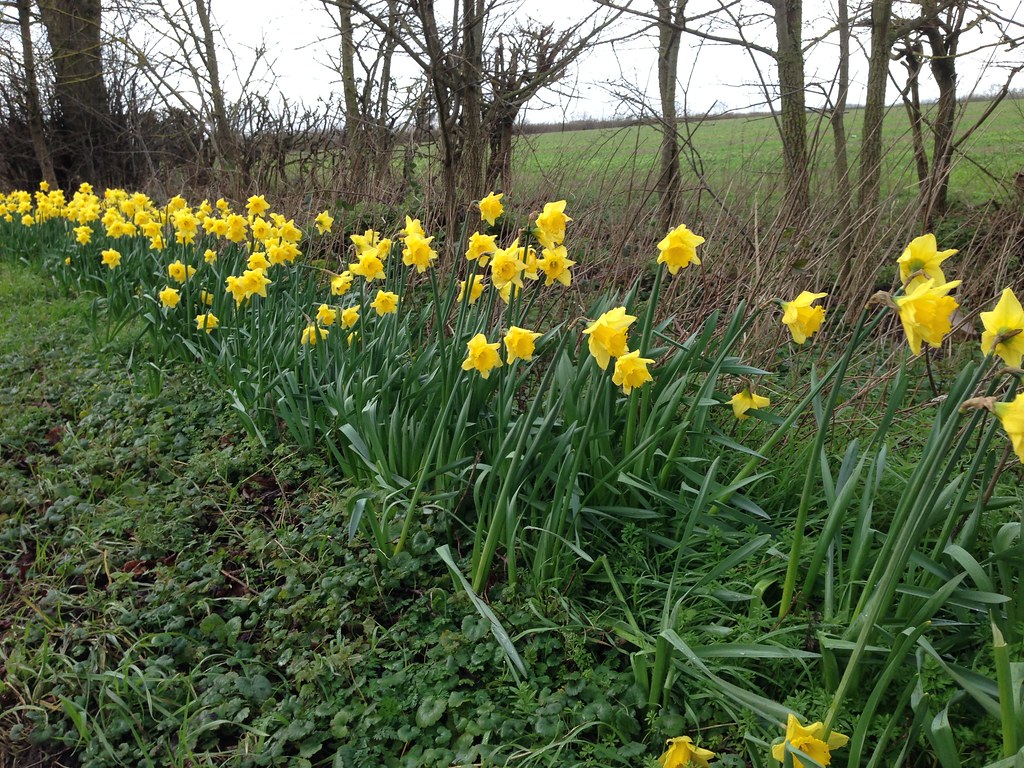 These daffodils are in full bloom on the roadside in the next village - there will be nothing left for Spring! This is a very strange winter indeed.

Life in Middle England is poddling along in a slightly frenetic way, what with teeth, appliances and all the rest. But I am happy to report that the new dryer is in place. It arrived in the middle of pancake creation for Shrove Tuesday last night. I miss the old timer kind of dryer, where, if it wasn't completely dry, you could pop it on for another 10 minutes. This one thinks it knows better than I do. I foresee clashes of personality. However, the fact that it is unlikely to kill us is certainly in its favour.

Speaking of pancakes, I made normal delicious ones for the family, and then decided to make low carb ones for me, seeing that I am avoiding all inflammatory foods like gluten, sugar etc. Well. "Pour into the pan" they said. What? That lump of clay? It was rigid. So I quadruple-checked the recipe and the delighted comments and wondered if I had suddenly landed on a foreign planet, lost the plot or lost my mind. No. I had followed the recipe perfectly. Pour? So I started adding almond milk to the mixture. Then it didn't thicken. So I attempted two which were inedible and tossed the whole lot down the loo.

This is expensive. Especially when using almond flour here. I heated some leftovers for my supper instead and tried to ignore the delightful aroma of cinnamon on pancakes wafting past me.

Ah well. Pancakes should be pancakes. Proper ones. I shouldn't mess with perfection. 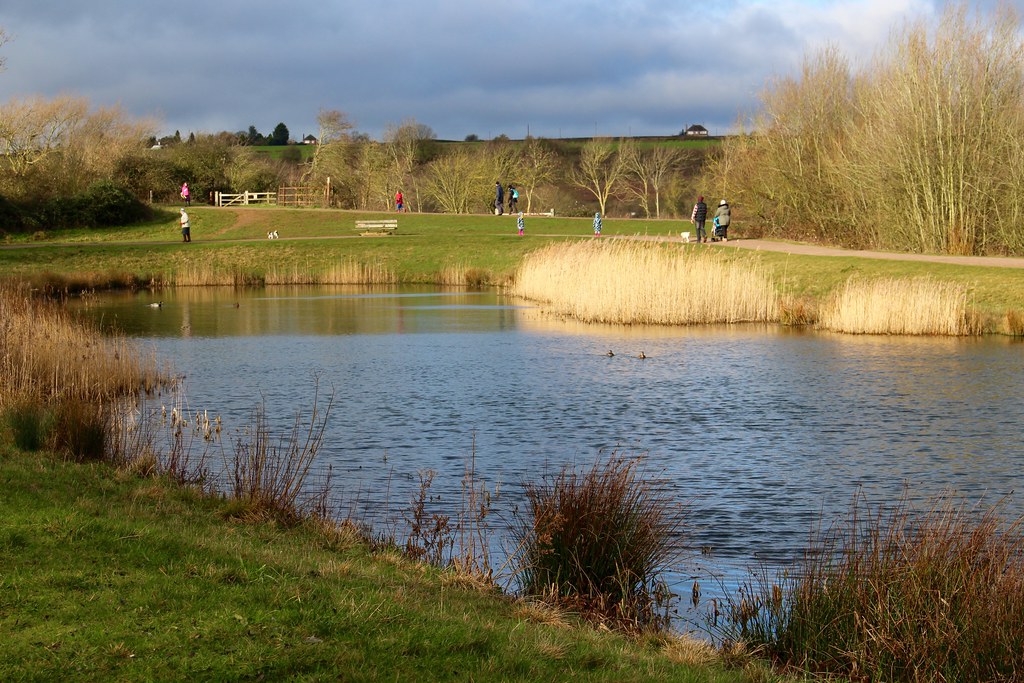 So this week, my daughter has a birthday, and next week, Missy will also be celebrating. Can you believe my granddaughter will be 7? Time really has flown by so fast. She is a delight, tall and skinny and full of energy and smiles. And dance moves.

Her aunt has just been on a kayaking adventure with friends. She sent us a message to say they had been kayaking around a beautiful area and had seen a giant stingray and that was all delightful, but then at midnight, I read a NZ report about a great white shark being seen in the waters in exactly the same place. 2-3meters long. Well. The text messages were immediate - Shark. 2-3m. BIG shark. And a link to the article. By then it was midday there, and I had visions of her being eaten a la Jaws. Then I get a message saying - "That was where we were kayaking!"Glory be. I knew that. Imminent heart attack territory.

Happily, she survived and loved her time away. 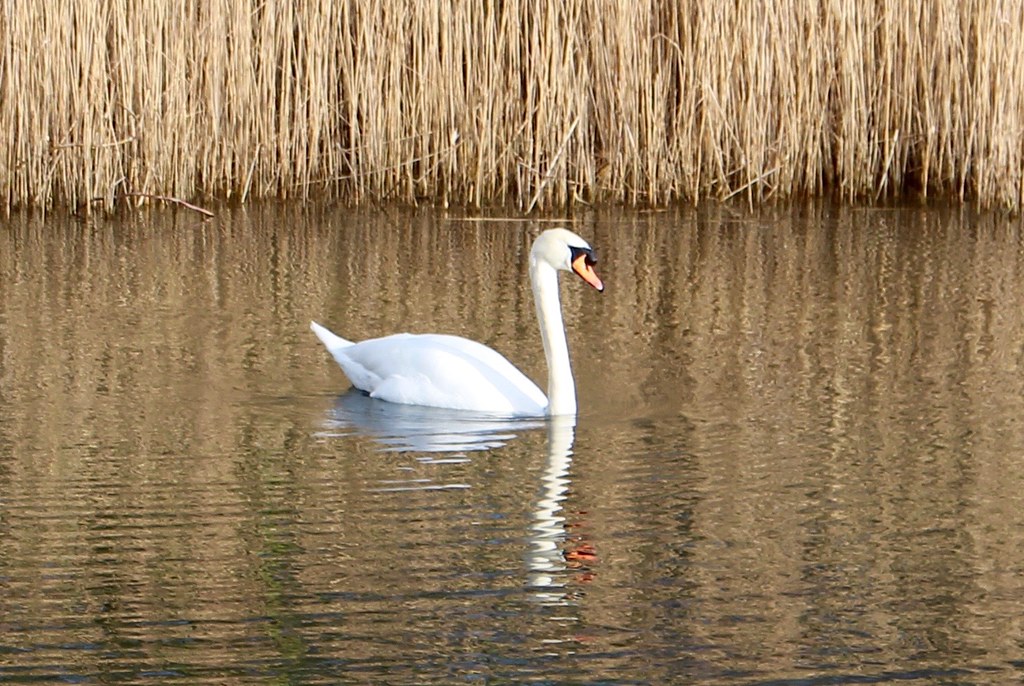 My study is decorated with post-it notes by the hundred. And books of lists. I appear to be trying to control the entire universe, or so you would assume given all the bits of paper lying around. My short term memory is not stellar and I grab a post it note and by the time I find the pen, I have forgotten what I meant to write. Important things, of course. Thankfully, the dentist visits are, I hope over - David has had his wisdom tooth out, and Mum has finished all her appointments as well. Cross the dentist off the list. Doctors appointments are also almost sorted. The sense of satisfaction I get from crossing things through is immense. Every contract we have in this house seems to need rejigging at the same time, as I have said, and every rejig has its own list of things to do over set periods of time. More lists. 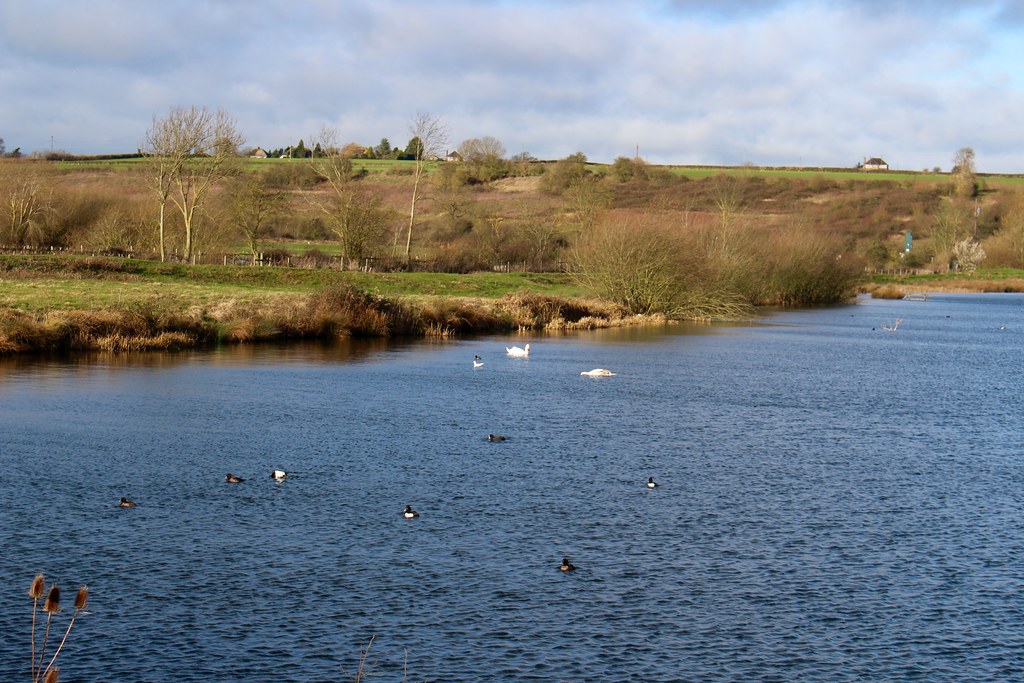 Time to go and eye the freezer and decide on supper. Oops - I have defrosted something for the slow cooker already - it needs to go on!
Posted by Linds at 10:06 am

Oh good heavens! A shark? I would be a bit frantic as well.

I added two turmeric tablets daily over a year ago and no longer have many of the symptoms from inflammation that I once did. I don't think I could afford the cost of a separate diet and I do not like cooking well enough to do it twice. I do know some pretty good cooks who are doing well with the different flours, milks, though, and creating some very tasty things.

How can Missy be 7 already? I remember when she arrived and I am sure that was only last year...right?

Isn't it always a relief when the kids are back home from their adventures? We never stop worrying about them, do we?

We have our British friends arriving in a few weeks and they are looking forward to getting away from all of the rain this winter. Perhaps they can bring some of it to us. ;-)